Enable R1100RT Starting with the Sidestand Down (1)

Start Your R1100RT With The Sidestand Down

Thanks to Jim Larsen for finding the part numbers and originally describing this modification.

Don’t start your bike on the sidestand* and walk away and have breakfast, go to the bathroom, do the laundry, walk the dog, or do anything else time-consuming, leaving the bike running. If the RT sits too long running in place with no cooling airflow, the header pipes will get red hot, the fairing might melt, or even catch fire! If you leave your bike running and walk away from it, you bear the responsibility, not me.

* You shouldn’t let it sit on the centerstand running either, because the same bad things can happen. But that’s BMW’s problem, not mine.

Also, this modification does involve an alteration to your motorcyle. Even though it’s a minor modification, hardly even requiring tools, and using BMW parts, if you don’t know what you are doing mechanically, don’t do it. I can’t imagine how, but it’s possible that you could screw something up doing this resulting in property damage, personal injury, or death. I don’t know of any mistakes in these instructions, but that doesn’t mean that there aren’t any or that there aren’t any side effects that I don’t know about. Therefore, these instructions are provided as-is, with no warranty as to accuracy, correctness or completeness. If you choose to perform this modification, you do so at your own risk.

You will need the following parts:

The harness looks like this (the relay plugs into the connector on the right): 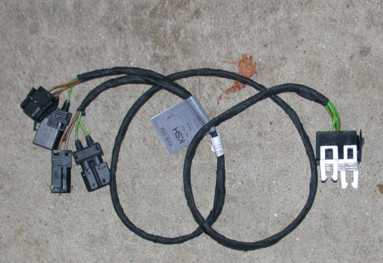 The relay looks like a little brown cube. Not worth a picture.

To install the wiring harness:

1. Remove the left side fairing. At the top frame rail just to the left of the fusebox you will find a connector tie-wrapped to the frame rail. The connector (the sidestand switch connector) has green/yellow and green/brown (or perhaps green/red? hard to tell) wires going to it. Behind and underneath this connector is another connector (the neutral switch connector) with brown wires going to it. Here is a side view of these two connectors (orient yourself with the seat mechanism to the left and the fairing panel to the right): 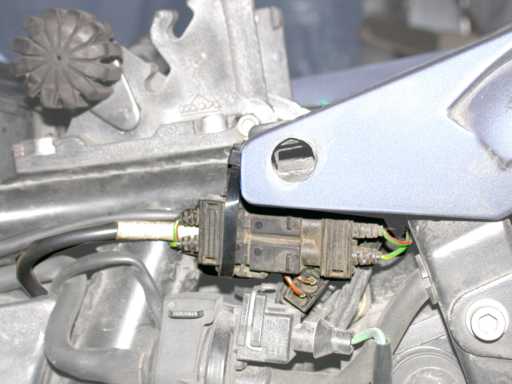 And here’s a view from the top (hard to see): 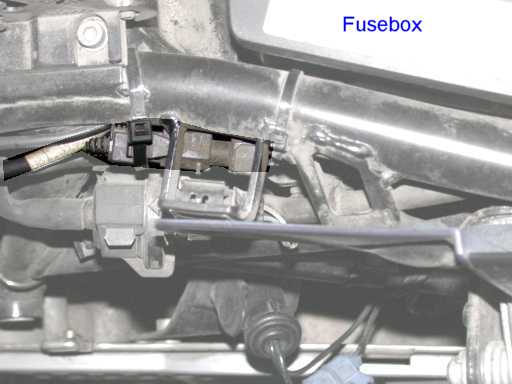 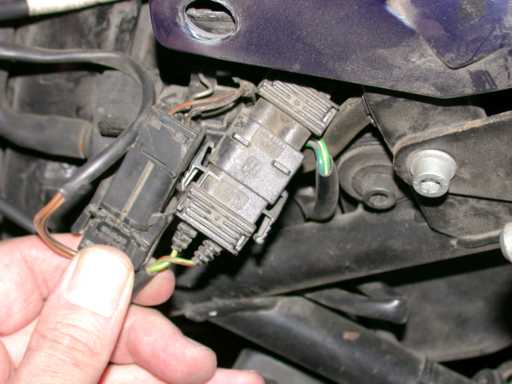 3. Separate the connectors and plug the wiring harness into the proper connectors. The two connectors are shaped differently, so you can’t mix them up. Also, the wires are color coded, and the colors on the harness match. Make sure you connect the connectors firmly (mine were a bit stiff), so that the latches on the sides latch. (This is so simple it’s really hard to describe it in any more detail!) When done, it looks like this: 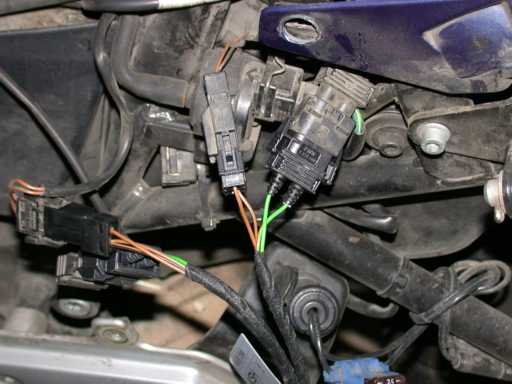 4. Plug the relay into the loose end of the wiring harness. There are little latches on the side of the connector that hook onto little pins on the side of the relay. The relay will only plug in in the correct orientation. (If it won’t go, turn it 180° and try that way). It looks like this: 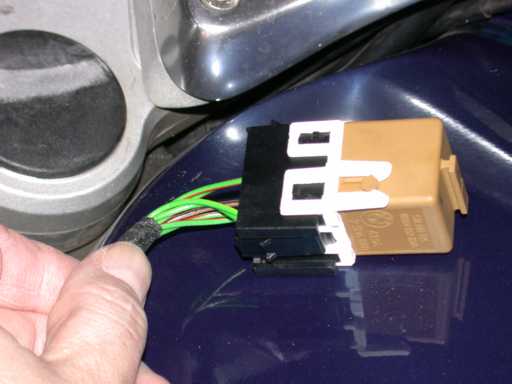 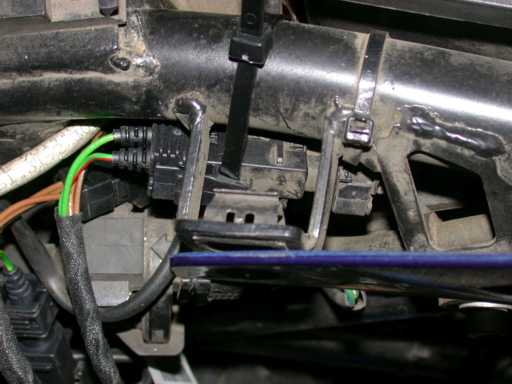 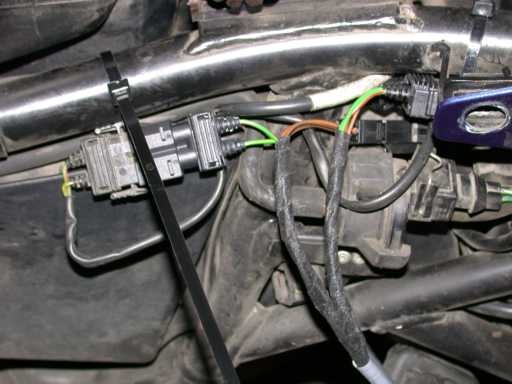 (Of course, trim off the extra end of the tie wrap).

Jim Larsen cut a notch into the side of his fuse box and mounted the relay in the fuse box. I didn’t want to go to all that trouble, so I snaked the relay end of the harness around the rear seat mount, to the right side of the bike, and forward to just behind the fuel tank and above the air filter cover. It should probably be tied to something, but I just left it hanging for now. (The black object just above the relay is the fuseholder for my auxiliary lights). 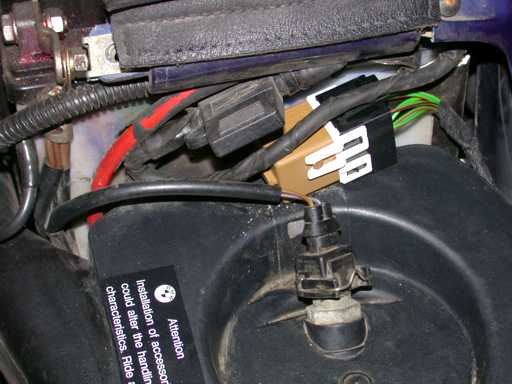 Viola! Your RT runs on the sidestand. (I took a picture to show it running on the sidestand, but the RT doesn’t smoke like a K-bike, so you couldn’t really see that it was running anyway.)